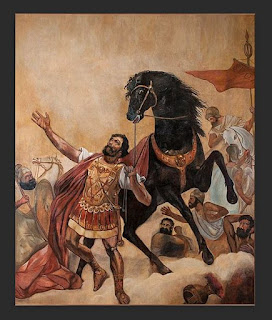 One Easter, I sat with my family in church. The little ones, all nicely dressed, were squirming, perhaps thinking of chocolates, or was I projecting? After the rousing songs, I heard a sermon, which included a quote from the apostle Paul’s first letter to the Corinthians about Jesus’ resurrection.

The pastor's words struck me as strange—not what I read in the Bible. What was different?

This post is about Paul's conversion experience. I look at the conversion from the perspective of the psychology of religion-- a multidimensional view I call a theobiopsychosocial view.

The preacher read from the New Living Translation (NLT). After a list of people who saw Jesus following the resurrection, the NLT paraphraser wrote "I also saw him." But, in Acts, Paul never saw Jesus. In fact, the NIV translates the Greek texts to say that Jesus "appeared" to the others.

Those of you who read about the post-resurrection appearances (e.g., Luke 24: 13-35) know, according to the two on a walk, that the women at the tomb saw a "vision of angels who said he was alive." Those two men didn't recognize their companion as Jesus until he broke bread. Then he disappeared.

In Paul's story, he was a man on a murderous mission (See Acts 9). He obtained official letters from the High Priest to take the Jesus Jews as prisoners to Jerusalem. But he was "arrested." He had a physical attack. He saw a light, fell, and heard a voice, which he did not recognize. The voice said it was Jesus. Saul got up but he couldn't see. He was blind for three days. It was a lot like a mini-stroke.

Those with Paul did not hear a voice.

Paul had a spiritual experience.

Paul did not recognize the speaker.

Paul went on to write many letters and encourage new churches in a part of the Roman empire. However, Paul’s experience was not reported like seeing Jesus in bodily form. If  someone could capture it on video, it would not include a physical Jesus. Paul heard a voice and those with him did not understand the voice.

Paul's faith was grounded in a spiritual experience. The physical attack got his attention. Like many spiritual people struck with a sudden personal disaster that stops them in their tracks, Paul experienced God and immediately saw his actions as wrongheaded. He changed directions. It's like a parable for repentance.

For reference, refer to what the author of Acts wrote about Paul’s experience with the light and the voice.

As he neared Damascus on his journey, suddenly a light from heaven flashed around him. 4 He fell to the ground and heard a voice say to him, “Saul, Saul, why do you persecute me?” 5 “Who are you, Lord?” Saul asked. “I am Jesus, whom you are persecuting,” he replied. 6 “Now get up and go into the city, and you will be told what you must do.”7 The men traveling with Saul stood there speechless; they heard the sound but did not see anyone. 8 Saul got up from the ground, but when he opened his eyes he could see nothing.

6 “About noon as I came near Damascus, suddenly a bright light from heaven flashed around me. 7 I fell to the ground and heard a voice say to me, ‘Saul! Saul! Why do you persecute me?’ 8 “‘Who are you, Lord?’ I asked. “ ‘I am Jesus of Nazareth, whom you are persecuting,’ he replied. 9 My companions saw the light, but they did not understand the voice of him who was speaking to me.

13 About noon, King Agrippa, as I was on the road, I saw a light from heaven, brighter than the sun, blazing around me and my companions. 14 We all fell to the ground, and I heard a voice saying to me in Aramaic, ‘Saul, Saul, why do you persecute me? It is hard for you to kick against the goads.’ 15 “Then I asked, ‘Who are you, Lord?’ “ ‘I am Jesus, whom you are persecuting,’ the Lord replied.

And now read Paul’s own words.

In 1 Corinthians 15:8 , Paul adds himself to the appearances of Jesus after the resurrection:

“…and last of all he appeared to me also,

as to one abnormally born” (NIV).

The Greek word translated appearance clearly refers to a unique and personal but nonvisual encounter with Jesus and is consistent with Paul’s unique audition-he saw a light flash and heard a voice (ἤκουσεν φωνὴν).

Jesus only appeared as a voice to Paul.

The experience was convincing and life-transforming. But the event did not include a recognizable embodied Jesus. In fact, Saul/Paul did not even recognize Jesus from the voice so, he asked "Who are you?"

However, notice the different word used in the NLT (emphasis added). This is the translation the aforementioned preacher used when emphasizing the physical resurrection in his Easter sermon.

The Acts author does use the Greek for "I saw" in reference to the bright light in Acts 22:18 [εἶδον = eidon = I saw]

Do the details matter?

The details do not matter for Christians who appreciate the life-transforming experiences of visions of Jesus and spiritual experiences that include appearances, visions, and hearing voices speak to them. Christians have had these experiences for centuries.

The details do matter for Christians who want to count Paul’s experience with Jesus as a literal encounter with a bodily form of Jesus following his death. In this selective literalism, the sermon presentations are more like seeing Jesus as a resuscitated corpse instead of the spiritual appearances in the Bible.

The details might matter to those who question Paul’s apostleship credentials. Paul was not sent as one of the original twelve apostles. As he said, he came along later and the original apostles would need to be convinced of Paul's story.

fundamentalist and progressive interpretations of the biblical texts.

Christians divided over the resurrection

In the psychology of religion, researchers find for every conversion there is also a deconversion. In Paul's case, he deconverted from one branch of Judaism to another.

Saul/ Paul's sudden about-face resembles the phenomenon of reaction formation. That is, a person who is zealous about a particular issue may be covering anxiety about something they do not wish to accept as true.

The mere exposure effect is real. People come to believe statements they have repeatedly heard.

When it comes to reading the New Testament or any piece of literature, our brains are biased to understand what we read based on our beliefs.

The experience of a fall, flashing light, a human voice without a visible source are not uncommon neuropsychological findings linked to a neurological event such as a stroke with or without a seizure. Note also Paul's report of a lifelong "thorn." This neuropsychology note is conjecture and not crucial to understanding the reports of Paul's experience. However, he did report physical phenomena.

The translations are from biblegateway.com.

The Greek is the SBLGNT, also from biblegateway.com

I used Bill Mounce for some of the Greek texts such as the word eidon meaning "I saw." https://www.billmounce.com/greek-dictionary/eidon

Saul/Paul. Paul's name was Saul, which was changed to Paul following his conversion.

The word apostle means someone who is sent. In Christianity, the apostles were considered to be the 12 disciples chosen by Jesus with the replacement of Judas. Paul saw himself as an apostle. Christians use the term apostle today in different ways. See CT.

Spiritual experiences. People of many faiths report supernatural experiences including visions and auditions (visual and auditory). The difference between these experiences and hallucinations probably depends on how the person describes their experience, how the experience functions in their lives, and how others present report the experience.

Neurology and neuropsychology. Scientists have attributed St Paul’s flashing light and voice experience to neurological conditions such as temporal lobe epilepsy (e.g., Landsborough, 1987). He had other supernatural experiences and was bothered by something he called “a thorn in the flesh,” which could easily be understood as persistent effects. I note that the fact that science can explain a phenomenon does not mean it was not a meaningful spiritual experience. As humans, our experiences are interconnected among many areas of our functioning (See SCOPES).

Strokes are a leading cause of disability and death. Stokes can lead to single or repeated seizures (CDC).

Theobiopsychosocial perspective.  I mentioned this multidimensional perspective on the conversion experience. This is what I mean.

Theo- a spiritual experience, hearing a voice attributed to Jesus.

psycho- His core self-identity changed significantly, even getting a new name (Saul-Paul) and life direction. He changed his behavior and cognition--his thinking about Jesus and being a Jew.

social context- he was on an aggressive mission with social support but the attack was personal. Later, his social context changed dramatically as you see in Acts 9. His heistant new supporters were former targets and Paul now becomes a target.

Acts and Paul. The traditional author of Acts is Luke and Acts may have been written between 70 and 90 or perhaps later. The death of Paul has been estimated between 62-68. There are a variety of dates online.

Disclosure: I do not claim to be a religious scholar or Greek scholar. I have some coursework and personal study in both religion and Greek. I am willing to be corrected by evidence.

Also, consider connecting with me on    FACEBOOK   Geoff W. Sutton

You can read many published articles at no charge:

The First Paul by Boyd and Crossan 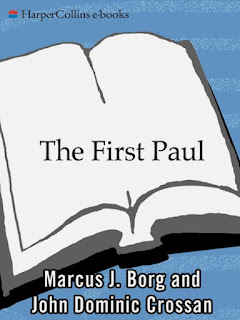 In Search of Paul by Crossan & Reed 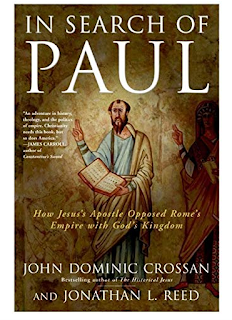 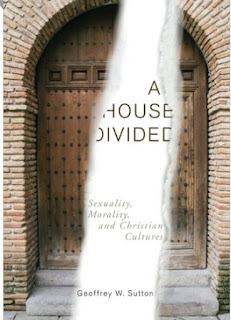 Also, consider connecting with me on    FACEBOOK   Geoff W. Sutton

You can read many published articles at no charge:

Geoffrey W Sutton
I write and give talks about Psychology and Culture--especially religion and spirituality and the places I have visited. I also write "how-to" books on research and statistics.